Breast cancer is the fifth leading cause of cancer deaths in the world. Approximately one in every eight American women will develop breast cancer, making it the second most common kind of cancer among women. Tumors often go unnoticed, and hereditary genes such as BRCA 1 and BRCA 2 are frequently undetected because women often skip yearly mammograms and other routine tests.

Women that have been diagnosed with breast cancer will often feel alone, isolated, and less of a woman having lost what she feels is a piece of her femininity. But this couldn’t be further from the truth!

In recent years, many celebrities (male and female!) have come forward and spoken publicly about their battles with breast cancer—after all, no amount of fame or money can prevent the development of cancer. These influential people have chosen to use their affliction to inspire other women also battling breast cancer and undergoing mastectomies and reconstructive surgeries. Many ladies have also begun campaigns to promote early detection of breast cancer through testing for hereditary genes and annual breast exams.

Here are some of these courageous women: 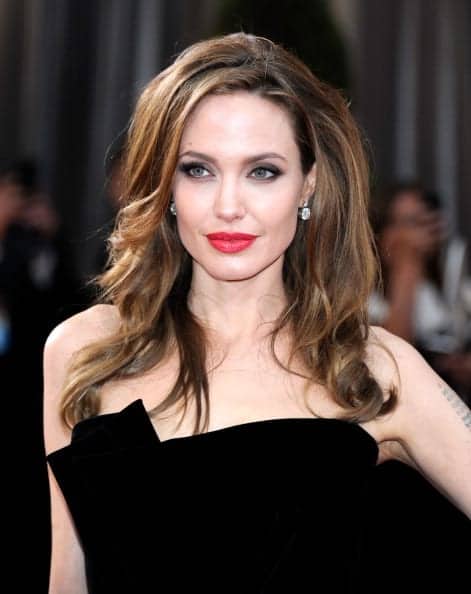 One of our most iconic stars, married to Brad Pitt and a children’s rights activist, Angelina Jolie learned last year that she carried the BRCA1 gene (the so-called breast cancer gene) and was at high-risk for developing breast cancer. She decided to fight the disease before it got started, and made the choice to have a double mastectomy followed by breast reconstructive surgery. By having a double mastectomy, Jolie reduced her chances of developing cancer from approximately 87% to under 5%. She has shared her personal experiences with the New York Times, and has publicly stated that she hopes her decision to have a double mastectomy can influence other women to do the same.

The E! News star and popular red carpet host Giuliana Rancic was diagnosed with breast cancer while beginning in-vitro fertilization treatment in 2011. Her physician requested that she have a mammogram before beginning the treatment, and a lump was discovered. Rancic initially had a double lumpectomy and radiation treatment, but later underwent a double mastectomy and breast reconstructive surgery. A year later, Rancic finally was blessed with a baby via gestational carrier.

Actress, director and Oscar-winner, Kathy Bates, recently revealed that she was diagnosed with breast cancer. Upon hearing the news, she had a double mastectomy and breast reconstructive surgery right away and has since been given a positive prognosis without the need to undergo chemotherapy or radiation. She has been vocal about the procedure and recovery period with all of her fans.

The widow of former president Ronald Reagan and a famous anti-drug campaigner of the 1980’s (Just Say No!), Nancy found a cancerous lump in her breast in 1987. Because of the nature of her position, the battle against breast cancer was in the public spotlight, including the then-controversial decision to have a mastectomy rather than lumpectomy. Nancy recovered from the disease and remains today a powerful political spokeswoman at age 92.

The singer-songwriter survived her first bout of breast cancer at age 39. A decade later, she faced the disease a second time in February of 2013, and this time she knew exactly what she wanted to do. She immediately chose to have a double mastectomy and breast reconstructive surgery, radically reducing her risk for a reoccurrence of the disease. “Early detection has saved my life twice,” she said to the  Press Association. She said she has found healing through her music and continues to be an inspiration to breast cancer victims.

In 2011, feisty comedian Wanda Sykes revealed on The Ellen DeGeneres Show that she had been diagnosed with breast cancer, caught during a breast reduction. “It wasn’t until after the reduction that they found I had DCIS (ductal carcinoma in situ) in my left breast.” While DCIS isn’t a malignant cancer, the presence of cancer, and a long history of breast cancer from her mothers family, caused her to quickly decide to have a double mastectomy. She remains open about her fight with cancer and her recovery, even, and sometimes especially, during her comic routines.

Star of NBC’s Up All Night, Christina Applegate was diagnosed with breast cancer in 2008 at the young age of 38. She discovered that she carried the BRCA gene and promptly opted for a double mastectomy. Since then, she has publicly shared her story of the mastectomy and breast reconstructive surgery multiple times, including an appearance on Oprah Winfrey’s talk show. Applegate has founded her own charity, Right Action for Women which helps women receive proper screening for prevention.

Best known for her role as Sex and the City’s empowered redhead Miranda, Cynthia Nixon kept her cancer battle private until she had completed her treatment for the disease. Now cancer free, Nixon has shared her experience publicly. Because her mother fought cancer twice, Nixon began getting routine exams at age 35. Nixon attributes her success at battling cancer to early detection and remains a powerhouse of female empowerment and confidence. She also strives to educate women on the pros and cons of breast reconstructive surgery.

This 42-year-old Australian pop star has been called the most inspirational breast cancer surviving celebrity. She was extremely public about her diagnosis and her ongoing treatment, campaigning to increase breast cancer awareness and encourage women to be more proactive in seeking breast examinations and annual physicals. “Being ‘breast aware’ plays a major role in early detection,” she says. She has been an inspirational example of a woman who has not lost confidence in her femininity.

We support women that have undergone cancer treatment and single to double mastectomies. As a breast reconstructive surgeon, I am devoted to helping such women recover both physically and mentally from the turmoil and pain that accompanies cancer. Through careful and excellent procedures, I can help to restore wholeness to these women. If you are interested in a breast reconstructive surgery following your own battle with cancer, please contact my office for a free consultation and information regarding your options and goals.